‘Basia, Track Cycling World Cup 2018, will you run this event?’ The question from July 10, 2017
This post is more of a private opinion than a technical description of the event. 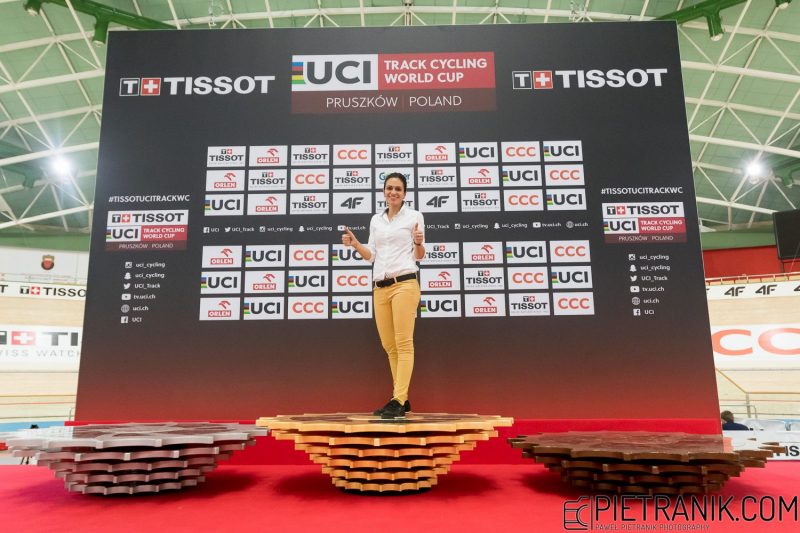 A very strong Olympic discipline. A lot of specialists deal with cycling competitions in Poland, and it was me who received such a proposal. Wasn’t there anyone from the inside? … it was a moment when I should have thought why they were trying to introduce someone from the outside – someone neutral, not acquainted with the environment or internal problems.

It was one month after Runmageddon and Speedway World Championships – we had summer holidays, so it was finally time to rest, after half a year without even one free weekend, so what I did? Obviously, said ‘yes’ – yet not knowing how hard and political inner struggle was ahead of me.

First thing I thought was that I would lead an international event, meet a lot of interesting people, learn new things, see how the UCI (International Cycling Federation) works, take responsibility for a two-day live coverage on the TVP sport channel etc., as the scope of duties was unimaginable for one man. 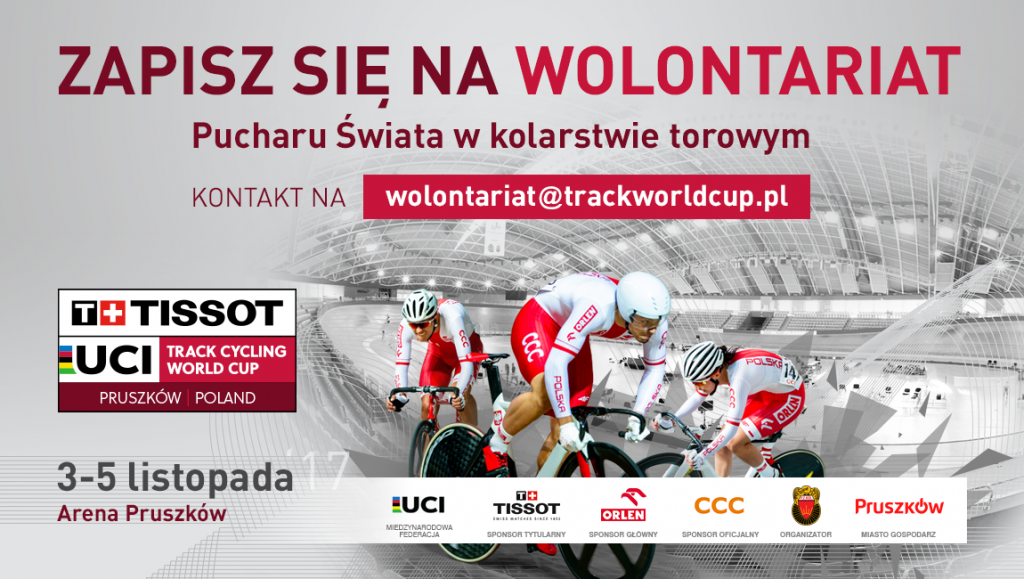 It was also unbelievable what happened to me on the spot. One building, two camps, heavy atmosphere in the air and a ticking bomb that would explode any minute. The decision to introduce me to this position was made by President Dariusz Banaszek, a man who had real passion for cycling. He trusted me in 100%, and let me remind you that we hadn’t known each other before. In my work, I give as much as I get, so seeing his dedication and, today I think determination – I am glad that I stood by him from the very beginning till the end.

But let me get to the point. Mid-July 2017, 3 months left to the event, and the World Cup was at zero preparation level! No team, no money, no plans for sponsors and budget ideas, poor technical condition of the hall starting with the leaking roof right on the track … And most importantly, I became a new person in the minefield, so the trust of people from PCF was the hardest to earn. I started from scratch, analyzed the entire Organization Guide to know what we were talking about and almost got a heart attack! According to this book, we should have already been working for six months then, reporting to the UCI, while our sports hall resembled 10th-Anniversary Stadium, not the PGE National. I wasn’t able do it on my own, someone had to introduce me to internal games because without cash, people and friends I could simply go home. 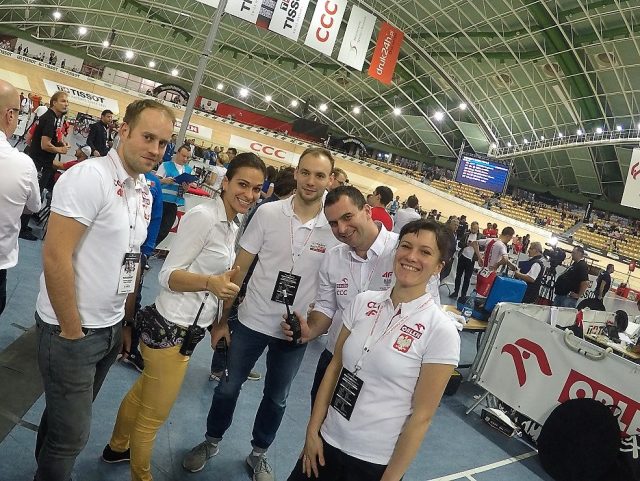 Patrycja, Tomek, Tomek and Marcin – the four most devoted employees of the Federation, who trusted in me, yet did not have to, so I am truly grateful that we ran this event together. We started a full analysis of what was to be done and what our possibilities were. We also knew that without an emergency lighting we would not be able to run a mass event. It wasn’t the only problem we had. We didn’t have the budget, either. We also lacked a lot of starting equipment like stands or pistols, but also usual reams. We didn’t have the printers, either.

We started our action plan: checked the technical condition of the object (Thank you, Mr. Jan for your help!), had the track cleaned (only PLN 100,000), looked for barters, sponsors, graphic designers, cooperation with the city, begged the media to write something positive, not another bucket of mud spilled at the Federation (Thanks Tomek). So …… connections … connections and again connections to save the face. Withdrawing would be the easiest move, but it spurred my ambition so much that I didn’t even want to think about it.

Lots of official letters exchanged with the UCI regarding the conditions of the event organization, phone calls, transport and hotel logistics, voluntary services, catering, mass event permits – let me just remind you that without security, medics and firefighters we had nothing to talk about.

Sometimes it looked optimistic but sometimes when encountering new problems we truly wanted to give up. “Basia, this event has no chance to happen, we won’t make it” …. I can still hear these words in my head.

The biggest disadvantage of this undertaking was to organize it on time and at the proper level to prove it to those who did not believe that President Banaszek could actually succeed. That he could really make it, get the money, achieve great sports successes and most importantly, fill the stands. I will restrain from naming some of the „allies”.

I cannot describe each and every day of the three months, as they were all very hard, so I had never waited for any final result as much as I did then. To this day, I don’t know if I wanted to finish this unequal fight so much or I was just curious if we would succeed. The closer to the competition, the more people wanted to join our troops, offered to take responsible positions, sent private contacts, they just wanted to help…

One week before the event, it turned out that we didn’t have any containers – rooms for each team to keep their equipment and bikes, so what was left? We had to clean up all the rooms of Arena Pruszków, literally all of them! We made it on time, which is another example of the PCF dark side loosing another battle.

When UCI and the teams came down on October 31, the adrenaline predominated over stress. It could not go wrong, it had to be great success! There were a million shortcomings, but how could they not be since I was on my own for 2 months, and only the last 3 weeks we enlarged the team. I forgot about the logistics of the parking lot, the VIP was poor, the lighting heated the hall, which resulted in the windows opening arbitrarily and cooling the hall … I could go on and on like this for hours, but apparently a good Event Manager is known for  dealing with problems, not for walking calmly around the hall 🙂 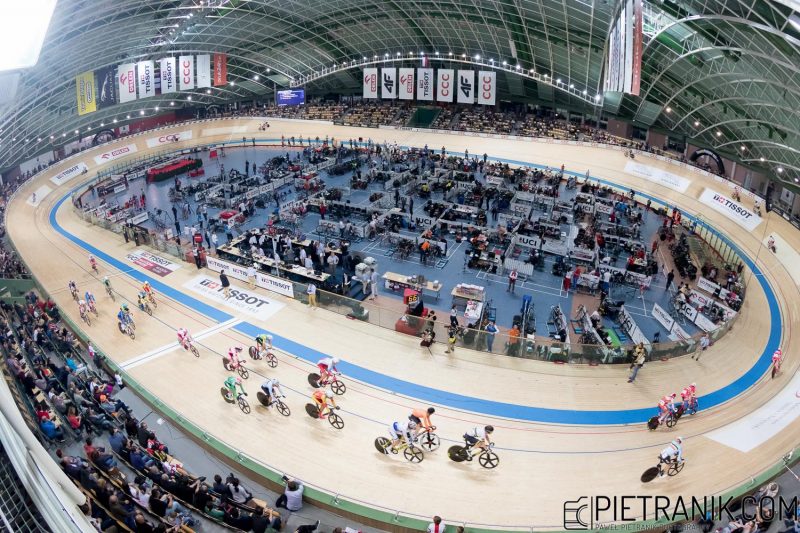 At the end of the day I consider this event as a very successful one, although 6 days of a 20 hour-work did the job. I met people with whom I will definitely run more than one event, and people who I hope I will never meet again.

President Dariusz Banaszek was very pleased with the event and I know that he really trusted me. There were supporters, medals, and praises … Unfortunately, what later happened to the Polish Cycling Federation was the biggest sports tragedy in this country. Many years of hard work was destroyed by the President’s opponents. Huge money, lies, hypocrisy and the lust for power took an ordinary life away from many people, who are still awaiting changes for the better. People lost their jobs, athletes training conditions…

What for? There is a bunch of bad people in this environment, people who should leave the ranks of Polish cycling as soon as possible …

This post is a huge chaos, but that’s exactly what the most difficult event in my life looked like. Would I ever do it again? The answer is ‘yes’.

These are my feelings for December 2017, and I hope that today it is just history.

Do you need support, an idea or a ready
solution for events?

Motocross – ‘entrance’ to the world of motor sports

The organization of Gala

Volleyball – no results, no fans

The magic of athletics – if you haven’t watched it live, you will understand it. 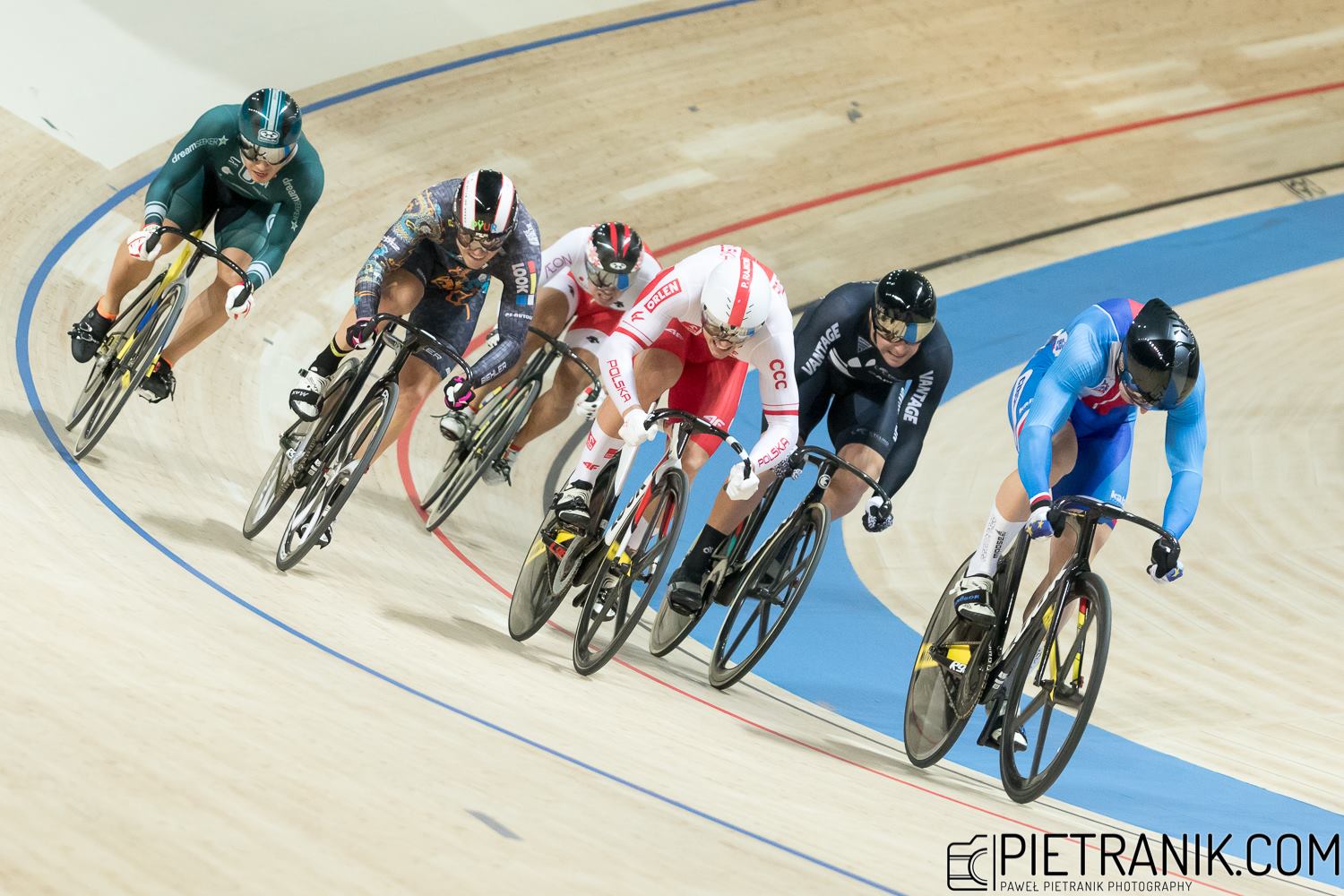 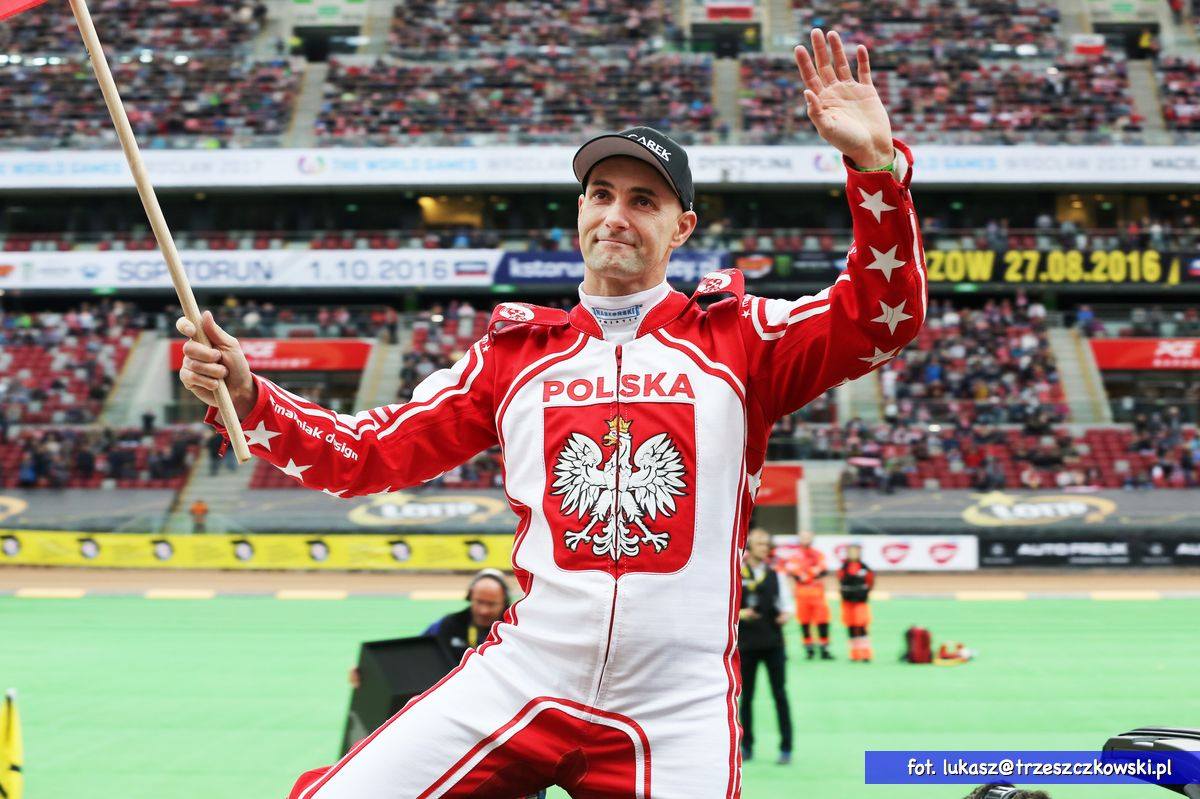 Speedway Grand Prix – in Warsaw? You hear „speedway” – you think […] 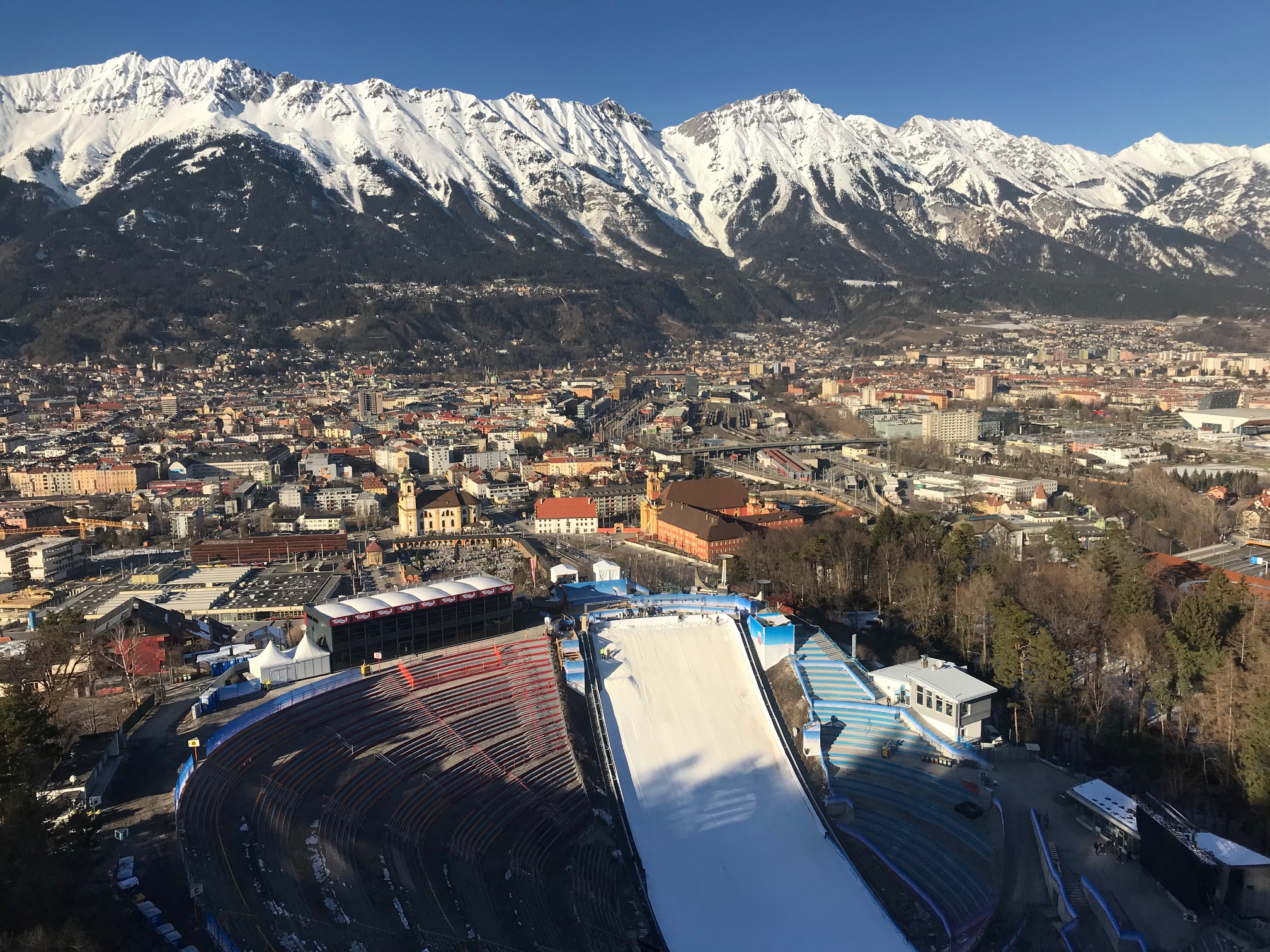 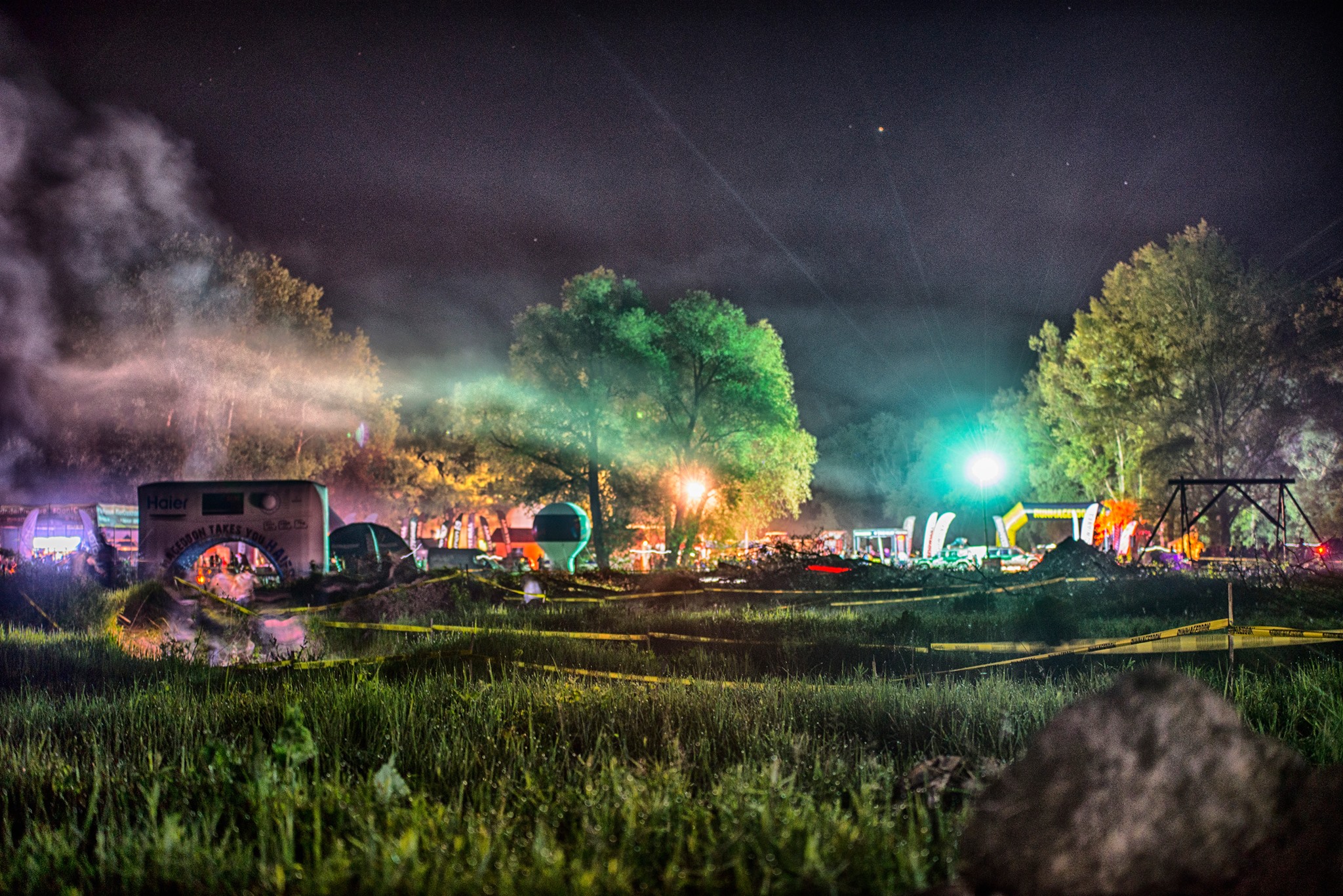 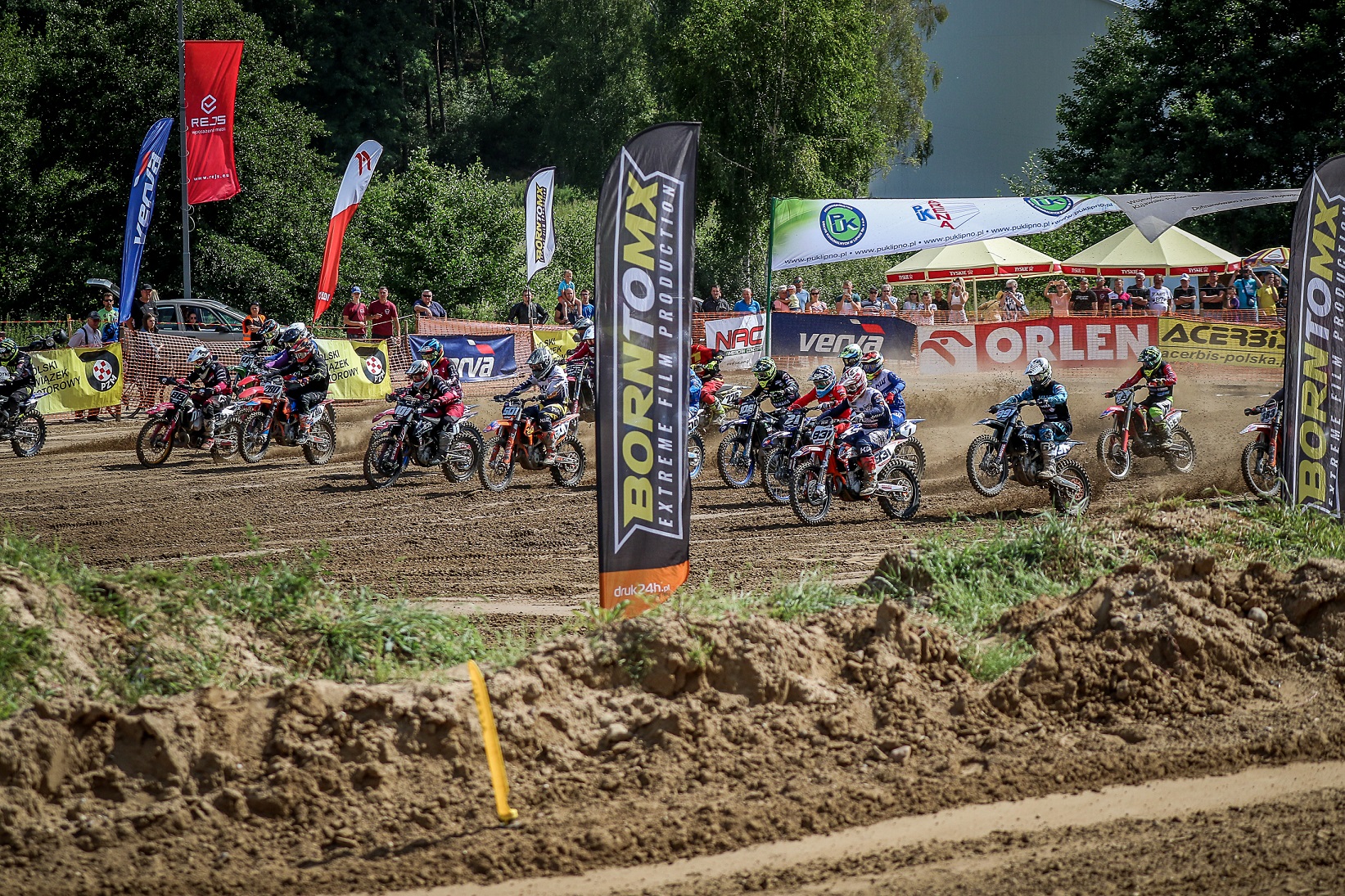 Motocross – ‘entrance’ to the world of motor sports

Motocross is a very niche and specific sports discipline in Poland, but […]